Explore the neighbourhood area of the Helm’s Inn, these locations are mere footsteps away. 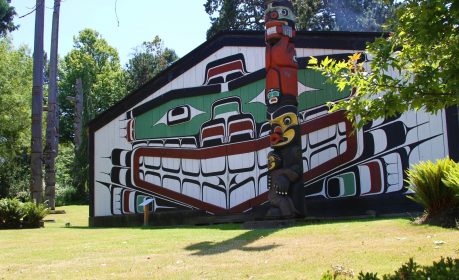 Located behind the Royal British Columbia Museum this small park hosts an impressive display of totem poles. Next to these proud structures is a carving shed used in the summer months to create new totem poles. There is also a ceremonial long house that is used during special occasions such as the First Nations festival, usually in late summer. 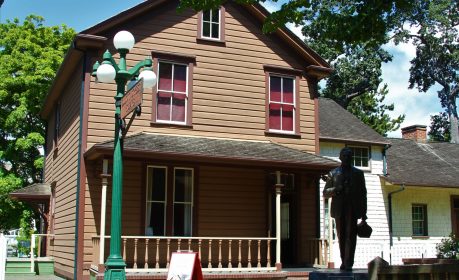 This local heritage house portrays three generations of Victorians through an interesting collection of antiques and furnishings. Right next to Thunderbird Park, Helmcken House is the oldest house in British Columbia and remains on its original site. This former home of Dr. Sebastian Helmcken and his spouse Cecilia, the daughter of Governor Sir James Douglas, is full of fascinating items from this historical era including a grand medicine chest and medical kit belonging to Dr. Helmcken. An engaging audiotape tour is available to guide you through the home.

Visit the charming home of Canada’s first most well known artist and writer. Here visitors can experience a similar ambiance the Carr family would have known during the 1870’s. Even some of Emily’s early sculpture and pottery are available for viewing! The People’s Gallery, which features works by Canadian artist, is also open from May to September.

PICNIC IN THE PARK 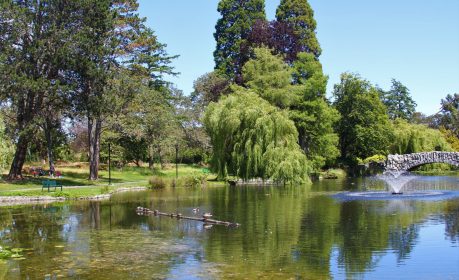 Relax and take in the gorgeous scenery in Beacon Hill Park. Many lovely picnicking spots may be found any time of year. This could be immersed in a field of daffodils in the spring or a forest of wonderful reds and golds in the autumn! Bring something from a local bakery or deli and enjoy yourself! 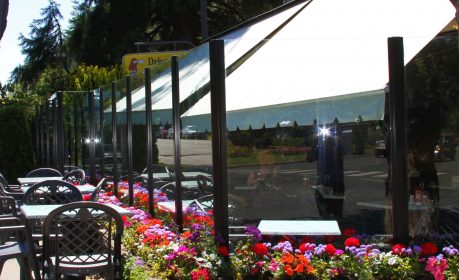 Located on Douglas Street beside Beacon Hill Park, this drive-in features the ever- popular soft ice cream cones. Enjoy as you walk through the park! 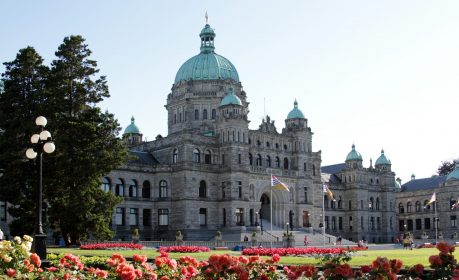 Experience B.C. history and enjoy some beautiful architecture. Tours of the Legislative Buildings every 20 minutes during summer months. Located just around the corner from the Helm’s Inn! 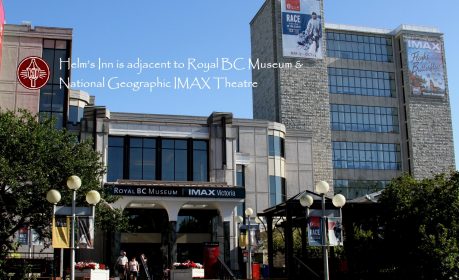 Located directly behind the Helm’s Inn is the 408 seat IMAX THEATRE offering state of the art film technology and exciting award winning films. 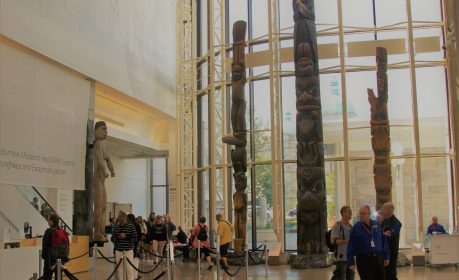 Located directly behind the Helm’s Inn, the Royal BC Museum is founded in 1886, it consists of The Province of British Columbia’s natural and human history museum as well as the British Columbia Provincial Archives. The Royal BC Museum includes three permanent galleries: natural history, modern history, and local First Nations’ history. The museum’s collections comprise approximately 7 million objects, including natural history specimens, artifacts, and archival records.[3] The natural history collections have 750,000 records of specimens almost exclusively from BC and neighbouring states, provinces, or territories. The collections are divided into eight disciplines: Entomology, Botany, Palaeontology, Ichthyology, Invertebrate Zoology, Herpetology, Mammalogy, and Ornithology. The museum also hosts touring exhibitions. The Royal BC Museum partners with and houses the IMAX Victoria theater, which shows educational films as well as commercial entertainment.[3]